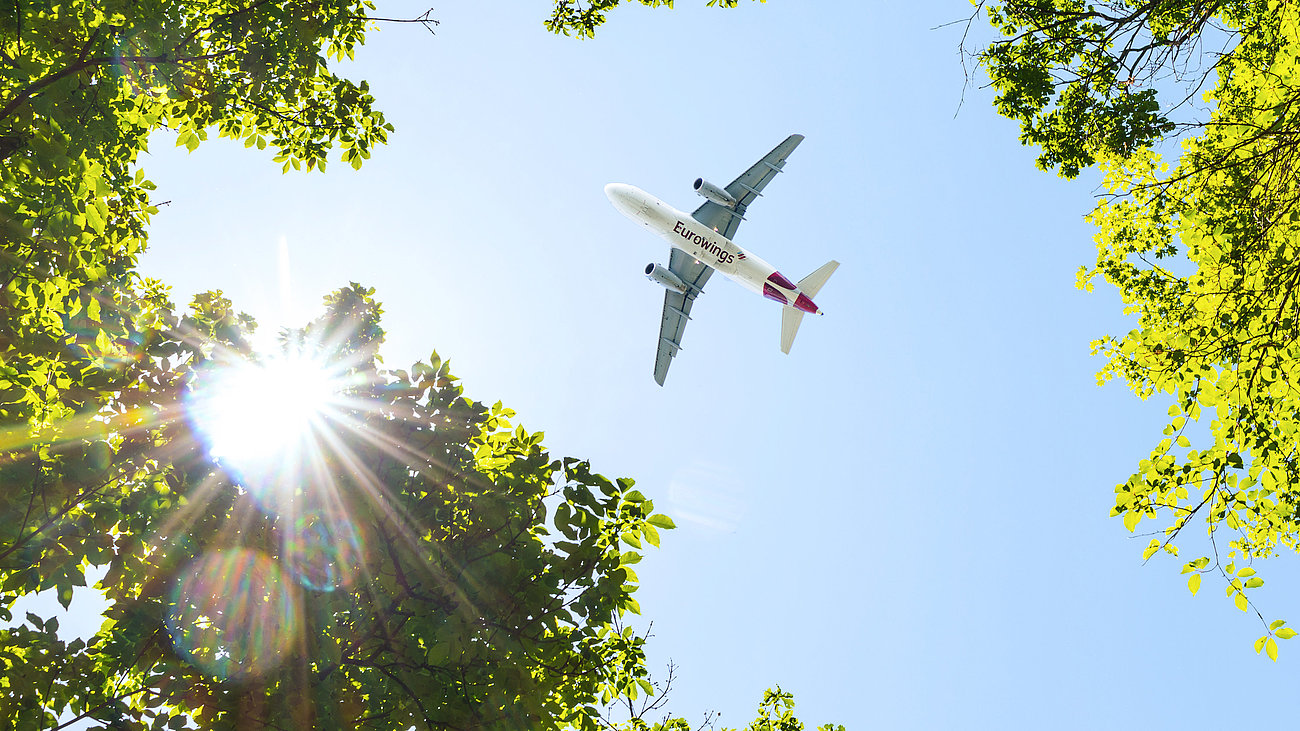 By far the most efficient and quietest short and medium-haul aircraft in the world will soon fly in Eurowings colors: 50% less noise emissions, 15% less fuel consumption and CO2 emissions too reduced. These are the impressive facts about the Airbus A320neo and A321neo which will be delivered successively to Eurowings from 2022. According to the list price, the order of 13 brand new aircraft represents an investment of around 1.5 billion dollars. This therefore makes it the most expensive sustainable development project in Eurowings’ almost 30-year history.

Germany’s largest holiday airline has been preparing for the arrival of the new generation of aircraft for months, in collaboration with experts from Eurowings Technik. According to the current schedule, the first Airbus A320neo will enter service at Eurowings in spring 2022. The first aircraft of the larger A321neo model will follow in spring 2023. Eurowings has ordered a total of eight A320neo (180 seats) and five A321neo (232 seats) .

“With the neos, Eurowings is acquiring brand-new, high-performance aircraft equipped with the best technologies currently available. This significant investment in our fleet is an important signal for all our customers, but also a vote of confidence from the Lufthansa Group in the future viability of Eurowings., says Jens Ritter, Deputy CEO of Eurowings.

“This not only results in a very competitive aircraft, but also a forward-looking aircraft with cutting-edge technology, which places a strong emphasis on sustainability in our company and throughout the Lufthansa Group. We are rapidly advancing on the path we chose for low-emission flight – thanks to significantly reduced fuel consumption, proportionately lower emissions and much less noise. This results in high profitability, so that the investments lead to considerable savings in the long term. Nevertheless, we remain determined to continue our efforts to end the crisis and make Eurowings profitable.. “

Why is the neo the most efficient short and medium-haul aircraft on the market? Thanks to advanced technology from Airbus and CFM LEAP, the aircraft has significantly improved environmental performance compared to the ceo series (current engine option) with less than 15% fuel consumption and CO2 emissions reduced accordingly. The considerable savings are due not only to the new engines, but also to the 2.40 meter long wing tips, the “sharklets”. This results in aerodynamic advantages which ensure greater efficiency. In addition, sharklets save up to 800 tonnes of CO2 per aircraft per year.

The suffix “neo” stands for “new engine option”. Eurowings is the first and only airline of the Lufthansa group to equip the 13 neos with CFM’s LEAP (Leading Edge Aviation Propulsion) engine. The new, significantly larger engines can save an additional 3,700 tonnes of CO2 per aircraft per year. Thanks to the reduced fuel consumption, the neo also achieves a range of around 500 kilometers more than its predecessor.

State-of-the-art engines and improved aerodynamics ensure that the maximum 85-decibel sound level contour of an A320neo during take-off is approximately 50% less than that of the A320ceo. Noise emissions are certified approximately 30 decibels below current ICAO limits and represent a significant step forward in terms of noise and emissions reduction compared to the current fleet. In addition to the new engine technology, all new A320neo and A321neo aircraft are equipped with vortex generators, which have an additional noise reduction effect.

The entry into service of the Airbus A320neo and A321neo is one of the many activities and measures taken by Eurowings to significantly reduce aircraft noise. As a member of the Lufthansa Group, Eurowings has been involved in noise research for many years, which creates the basis for successful active noise protection. Only this costly and highly complex research and development work leads to quieter generations of airplanes and engines. In addition, Eurowings is involved in the development of optimized flight procedures and routes in collaboration with system partners.

The Eurowings A320neo will be configured with 180 seats. The A321neo will have a capacity of 232 seats and will be operated on busy holiday flights, for example to Palma de Mallorca. All neos will include the usual Eurowings rates: BIZclass, SMART and BASIC. The new baggage compartments in the Airspace cabin have a 40% larger volume and can even hold 60% more suitcases, as these can be stored vertically in the compartments. Another highlight is the new flexible lighting system, which adapts to passengers’ biorhythms depending on the phase of the flight and the time of day, illuminating the cabin in warm orange or cooler blue tones.

From spring 2022, the planes will be successively delivered from the factory and added to the Eurowings fleet. According to the current schedule, in spring 2022 Eurowings will receive the first Airbus A320neo from the Airbus factory in Toulouse. After a final upgrade by Eurowings Technik, the first neo registered D-AENA will take off a few weeks later for its maiden flight. Eurowings is expected to receive a total of seven Airbus A320neos in 2022 according to plan and another in 2024. The first of a total of five Airbus A321neos is expected to follow in spring 2023.