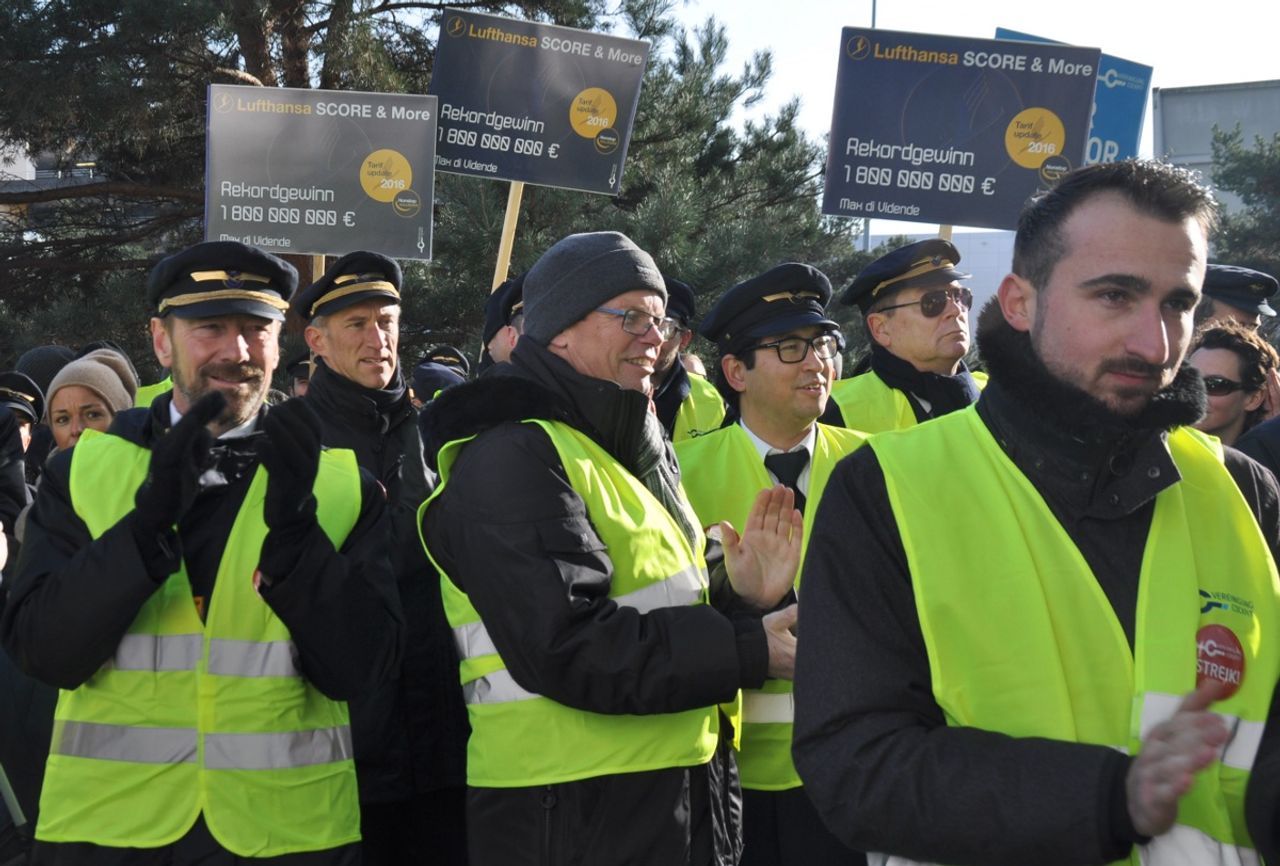 There is a strong and growing will to strike among workers in the airline industry in Germany and abroad. At Eurowings, a vote by members of the Vereinigung Cockpit (VC) pilots’ union ended on Wednesday with an overwhelming vote of 97.7% in favor of the strike.

Eurowings is the subsidiary of Lufthansa which operates holiday flights and short and medium-haul routes at lower costs than the main Lufthansa brand. The price is being paid by personnel in the cockpits, cabins and on the ground in the form of much worse wages and working conditions.

But the core brand’s roughly 5,000 riders are also ready to strike, as a strike vote in late July demonstrated. At Lufthansa Frankfurt and Munich, 97.6% agreed to strike. At Lufthansa Cargo, the figure was 99.3%. VC has announced a 24-hour strike by Lufthansa and Lufthansa Cargo pilots for today (Friday).

Discontent has very real reasons. In addition to the accumulated loss of wages due to the coronavirus pandemic, inflation has skyrocketed since the start of NATO’s proxy war against Russia in Ukraine. In Germany, inflation has already reached 8.5%, is much higher for gasoline and food, and is increasingly threatening wages and salaries.

Lufthansa employees have already sacrificed a large part of their income and pension benefits since the start of the pandemic. In 2020, Vereinigung Cockpit expressly agreed to this and even offered some of the sacrifices itself. Staff have been placed on short-time work schedules for a long time and have seen pay cuts of up to 50%.

The other Lufthansa unions, Verdi, UFO, TGL-IGL and the Austrian ACA, also offered far-reaching concessions at the time – cancellation of Christmas holidays and bonuses, wage freezes and the elimination of allowances. The returns resulted in a loss of income of no less than 1.3 billion euros for Lufthansa staff. At the same time, Lufthansa cut 32,000 jobs, many among pilots.

The same thing happened at all airports, at Frankfurt airport supplier Fraport, ground handling provider WISAG and other companies. It is not uncommon, as at WISAG, that it is precisely the oldest and most experienced airport employees who are made redundant. When flight operations restarted in early summer, unprecedented chaos ensued at airports. Planes could not be checked in, queues formed for hours outside security checkpoints and hundreds of suitcases were left behind.

The chaos particularly affected Frankfurt airport. In July, the number of passengers there exceeded 5 million for the first time since the pandemic. But to avoid a collapse, Lufthansa was forced to cancel more than 3,000 flights.

To this day, crews and ground workers remain under significant and increasing work pressure and overtime is piling up. There is a shortage of personnel everywhere; disease levels are high and expected to increase further due to COVID-19 infections.

The 24-hour warning strike on July 27, in which more than 20,000 Lufthansa ground workers took part, showed just how boiling things were. Barely a week later, Verdi, the airport’s internal union, agreed to a dirty sale. Verdi signed a new contract, which effectively meant a loss of real wages, and agreed to a truce preventing further industrial action during the 18-month duration of the agreement.

Economically, the company has largely recovered from the coronavirus crisis. But the board is determined to ensure that pandemic savings become the norm, to the benefit of its shareholders and at the expense of employees.

“The measures, some of them drastic, [have] worked,” applauded the Frankfurter Allgemeine Zeitung August 31. He added that the business community could “draw confidence” from the fact “that the company was able to return to profitability in the second quarter despite all the significant adversities”. The company is reducing its debt, increasing its capital ratio, and the government’s stake would be less than 10%. Lufthansa is “going in the right direction again”, he said.

For the Vereinigung Cockpit union, its first commitment is the well-being of the company and its shareholders. The VC executive used the word “strike” only once in its Wednesday press release announcing the results of the strike ballot. And he only did so by assuring management that VC didn’t want a strike either. The union writes: “To be clear: the result is not a decision to strike! He is [sending] a stronger signal, the yellow card, so to speak, to Eurowings.

VC met with the company behind closed doors for four weeks, with the seventh round of talks being held this week. The union is doing everything it can either to avoid industrial action by the pilots altogether, or to isolate him and keep him separate from other workers in the airline and other industries.

Despite inflation of more than 8%, VC from the outset only asked for a 5.5% wage increase for this year, which is equivalent to a de facto reduction in real wages. It does not require “automatic inflation compensation” until next year.

VC never seriously fought for its original demand for “uniform salary structures across all Lufthansa operations”, in the sense that the best salaries for long-serving Lufthansa employees should apply to everyone.

Instead, he agreed that the number of planes guaranteed to fly exclusively under the company’s collective agreement would be limited to 325. At the same time, Lufthansa CEO Carsten Spohr said is working to develop the Lufthansa subsidiary CityLine2 as a so-called low-cost carrier in European traffic in order to drive low-cost carriers like Ryanair out of the market. The new subsidiary Eurowings Discover (formerly “Ocean”) is still flying entirely without a contract of employment and is another attempt to undermine the crews’ previous achievements.

Lufthansa is a complex entity with many subsidiaries that have increasingly poor remuneration structures and conditions for pilots and flight attendants. At Germanwings, for example, operations ceased two years ago and employees were either made redundant or taken over by Eurowings under worse conditions. Other subsidiaries include Austrian Airlines, Air Dolomiti and SWISS.

Industrial action is also brewing at SWISS, which was taken over by Lufthansa after the bankruptcy of Swissair in 2003. Pilots have worked there without a contract since April 2022. With a resounding no of 80.5%, at the end of July, SWISS pilots rejected a new draft contract that their union Aeropers had accepted and put to the vote. Some 1,150 SWISS pilots are members of Aeropers and the voter turnout was 94.7%.

The great will to struggle is evident everywhere and, as at SWISS, is increasingly directed against pro-business unions. Not only at airports, but also in nursing, local and long-distance transport and at ports, anger is growing at the untenable conditions. Recently, port workers in Germany went on strike and, like Lufthansa ground workers, demonstrated the power the working class could unleash if they united in their struggles.

Especially in air operations, struggles must be fought together not only across subsidiaries and separate companies, but also across national borders. This requires the formation of independent grassroots action committees, and at the airports they must be directed against the betrayal of Verdi, UFO and Vereinigung Cockpit.

The Sozialistische Gleichheitspartei (Socialist Equality Party) and its international sister parties launched the International Alliance of Base Committee Workers (IWA-RFC). Contact us and register to form action committees!