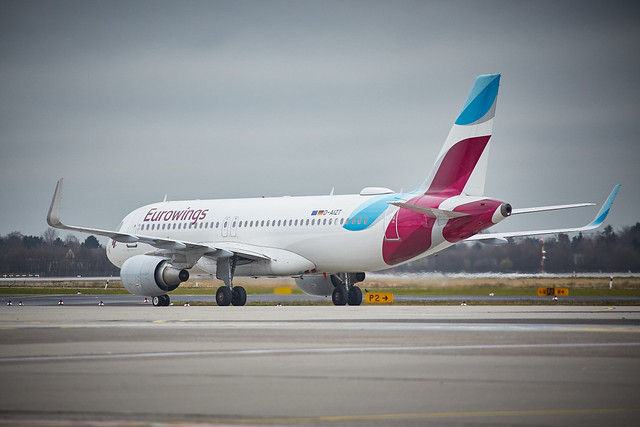 Online routes today disclosed that Lufthansa’s low-cost subsidiary, Eurowings, plans to expand its operations from its Pristina base over the coming weeks with the launch of three new seasonal routes: Bremen in Germany, Brussels South Charleroi in Belgium and MalmÃ¶ in Sweden.

Eurowings opened a base in Pristina, the capital of Kosovo, in the summer of 2019. The three additions will bring the number of destinations Eurowings served from Pristina International to ten this summer, including seven in Germany.

Bremen will be served once a week from June 30, in addition to the existing German destinations DÃ¼sseldorf, Frankfurt, Hamburg, Hanover, Munich and Stuttgart.

A weekly flight to Brussels South Charleroi will start on June 29, in competition with TUI fly Belgium which serves the Pristina line from Brussels Airport, while Malmo will be served twice a week on Mondays and Thursdays from June 28. The lines are expected to operate until mid-September.

On June 29, Eurowings will start operating from Brussels South Charleroi Airport. The airline will operate regular flights between Brussels-Charleroi and the Kosovar capital. Tickets are available now on the airline’s website for the advantageous price of â‚¬ 49.99.

Planes in the colors of Eurowings, a subsidiary of the German group Lufthansa, will soon land on the tarmac at Brussels-Charleroi airport. Specializing in low-cost direct flights and third member of the Lufthansa group, it will launch its new direct service to Pristina on June 29, 2021 at 6:20 p.m.

“We are delighted to launch a new seasonal line between Pristina and Brussels-Charleroi. There will be one flight per week, every Tuesday, starting June 29. Future passengers can now book their tickets on the website http://www.eurowings.com from â‚¬ 49.99 / one wayÂ», Explains the spokesperson for the company.

Flights between Brussels-Charleroi and the capital of Kosovo will be on board the airline’s Airbus A319 and A320. With a modern and state-of-the-art fleet, travelers can enjoy maximum comfort during their flight.

Philippe VERDONCK, Chief Executive Officer of Brussels South Charleroi Airport, explains: â€œWe are delighted with the announcement of the arrival of Eurowings. In addition, thanks to this new route, an additional country has been added to the list of destinations available from our airport. Eurowings will now be the tenth airline to operate direct flights from Brussels South Charleroi Airport. “