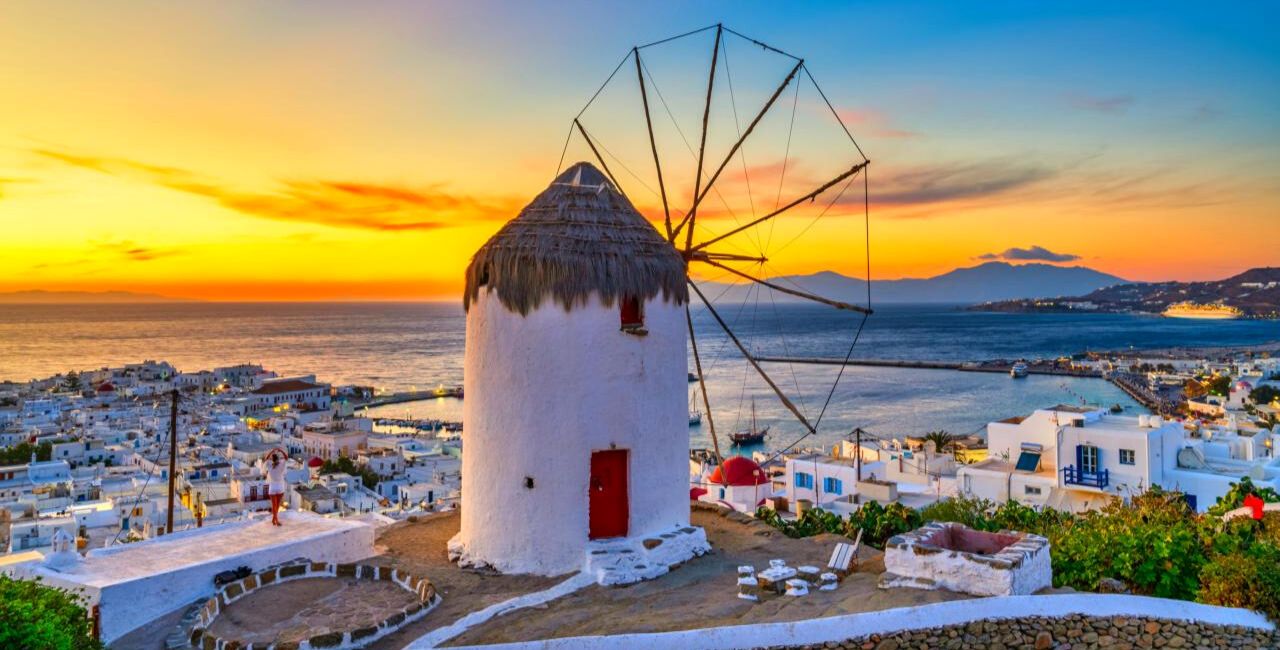 German low-cost airline Eurowings has expanded its summer flight schedule from its base in Prague with an attractive holiday flight.

From June 2 to September 29, 2022, Eurowings will operate a new seasonal flight from Prague to the Greek island of Mykonos.

The direct connection will be operated once every Thursday with a departure from Prague at 2:00 p.m. and an arrival in Mýkonos at 5:50 p.m.

The return flight will depart the same day at 6:35 p.m. and land at Prague airport at 8:35 p.m. In addition to the direct flight, Eurowings also offers connections on Sundays with a transfer to Cologne.

The cheapest return tickets are available for only 4998 CZK at the beginning of June. In July, return tickets start from 6998 CZK, end of August from 5248 CZK.

The best things to do in Mykonos outside of the clubs

The main town of Mykonos is the perfect introduction to the island and life in a traditional, pedestrian-friendly and bustling Greek port. Its narrow streets are crowded with people in high season. They weave their way past a kaleidoscope of high-end boutiques, crowded boutiques selling essentials, bustling cafes and top-notch restaurants you’ll want to return to at night.

After being jostled through the main streets, choose a emptier angle and head to the quieter corners of Hora to fully appreciate the island vibe and get a new view of those picture-perfect windmills. The town is small, so you will never get lost for long.

Although the translated name may be trite (“Our Lady of the Side Gate”), everything else about this complex of geometric churches is extraordinary. Five separate chapels are linked by a dazzling whitewashed exterior under a low dome. Look for the subtle differences of the four on the ground floor, then find the tiny stairs leading to the fifth. It’s a brilliant look at the opulent decor favored by the Greek Orthodox faith.

Stars of countless selfies, the seven windmills silently towering above Hora Harbor are icons of the island and one of the best easy hikes in Mykonos. Take a short walk up the small hill on which they are perched and watch the ferries arrive with ever more holidaymakers. Stick around for one of the best sunsets on the island.

The Greeks sailed the sea for millennia. Immerse yourself in the history of the Aegean at this small museum located just south of the tourist center of Hora. In his peaceful garden, grab the helm of an old sailing ship and imagine you are Odysseus sailing back to distant Ithaca. Inside, browse models reminiscent of the battle scene in the kitchen of Spartacus and browse all kinds of nautical memorabilia through the centuries.

Ten minutes after your arrival in Mykonos, you can snorkel in the fresh waters of this sandy cove a few steps south of the port. Taverns offer food and drink by the beach, as well as sunbeds and equipment for water sports. If you are staying at one of the many surrounding hotels, this spectacular beach will be your front yard.

First among the chain of beaches on the south coast, Paradise is the perfect place to revel in all that Mykonos is famous for: soft golden sands, alluring azure water, tavernas and clubs ready to cater to almost any whim. and an all-pervading sense of carefree fun. In summer, the fun only stops for an hour or two at sunrise. It is certainly the most famous beach in Mykonos and one of the best too.

Party crowds head to the beaches on the south coast, but beach aficionados head to Agios Sostis for a quieter feel where its golden sands and blue water take center stage. The hours will pass without notice – rent a deck chair and sample Greek delicacies at the helpful taverna. If you feel the need for more entertainment, the adjacent beach of Panormos offers nightclubs during the day.

Whether you’re hiking, biking, or horseback riding in a vehicle, the handful of small villages in Mykonos’ hilly interior are within minutes of Hora. Little Ano Mera is notable for the whitewashed monastery of Tourliani, which dates from the 16th century. Inside the domed church, you’ll discover gilded icons and historical artifacts. Then, break for a drink outside a village tavern.

Topping the list of Mykonos must-sees, the sacred and uninhabited island of Delos is just 2km off the west coast. It is the birthplace of the mythical mighty twins Apollo and Artemis, both legendary hunters, and home to the ruins of temples and treasures. As you savor the rich archaeological ruins of this once sprawling city, you can imagine the twins stalking the hills of the islet with their bows. In high season, boats make the quick trip from Hora several times a day.