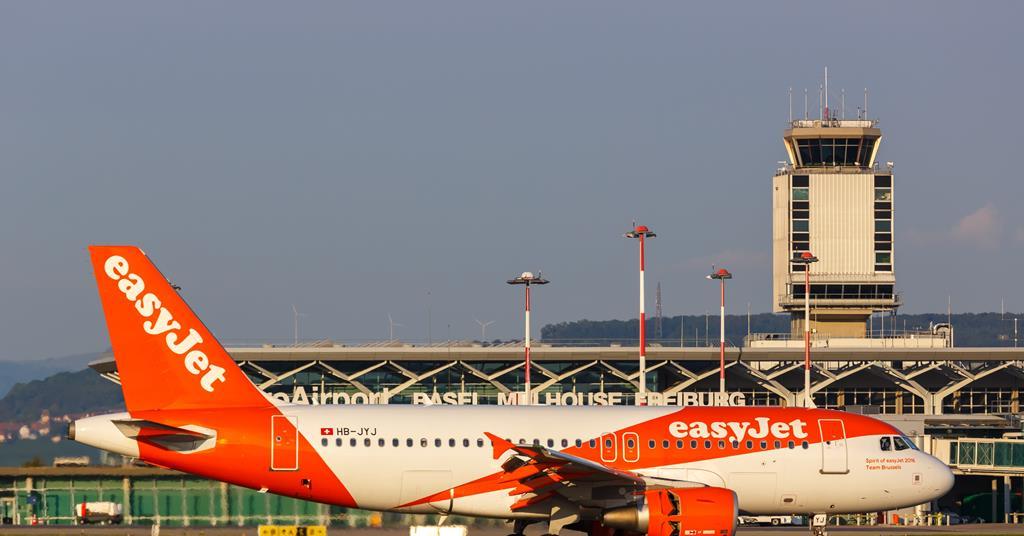 EasyJet will build a hangar at Berlin Airport for base light maintenance checks as part of a larger effort to outsource more MRO activities.

Berlin airport operator FBB said it has signed a lease agreement with EasyJet for the new facility and that documents for the building permit have been submitted ahead of the start of construction scheduled for later this year.

Operations at the new German facility, which will accommodate four Airbus A321s, are expected to begin in early 2023.

The site will be used for light basic maintenance checks on EasyJet’s European A320 fleet, registered in Austria, and will allow the low-cost UK carrier to carry out “more comprehensive” technical checks and ensure a “simple” maintenance, according to FBB.

EasyJet’s country manager for Germany, Stephan Erler, describes the hangar as “the next logical step” after the airline brought in line maintenance in Berlin from Lufthansa Technik in 2020.

“The investment in our first hangar in continental Europe underlines the strategic importance of our base for the EasyJet network and the close cooperation with the operating company of Berlin Brandenburg airport,” says Erler.

LHT previously carried out night checks for EasyJet in Berlin, Milan Malpensa and, until 2020, London Gatwick.

These events tend to be more comprehensive for EasyJet than standard night line checks, as it uses an equalized maintenance schedule where scheduled inspection tasks are grouped into a series of smaller checks to avoid visits. several days in the hangar. After six years, aircraft undergo an intermediate stopover check which typically takes about two weeks.

EasyJet recently completed the construction of a third bay in its Gatwick hangar, which is also used for night checks. This facility – opened in 2016 – was initially operated in partnership with LHT, but EasyJet chose not to extend the partnership with LHT into 2020 and took the operation under its own control.

The new hangar in Germany will be built in the Berlin Brandenburg maintenance area. This area includes two existing hangars – one capable of accommodating two A330s or six single aisles which was originally built for the now defunct carriers Air Berlin and Germania, and a smaller facility used by LHT.

The airline and the airport operator will jointly build the new site. FBB will be responsible for the foundations and infrastructure access, while EasyJet will oversee the hangar construction and maintenance facilities.