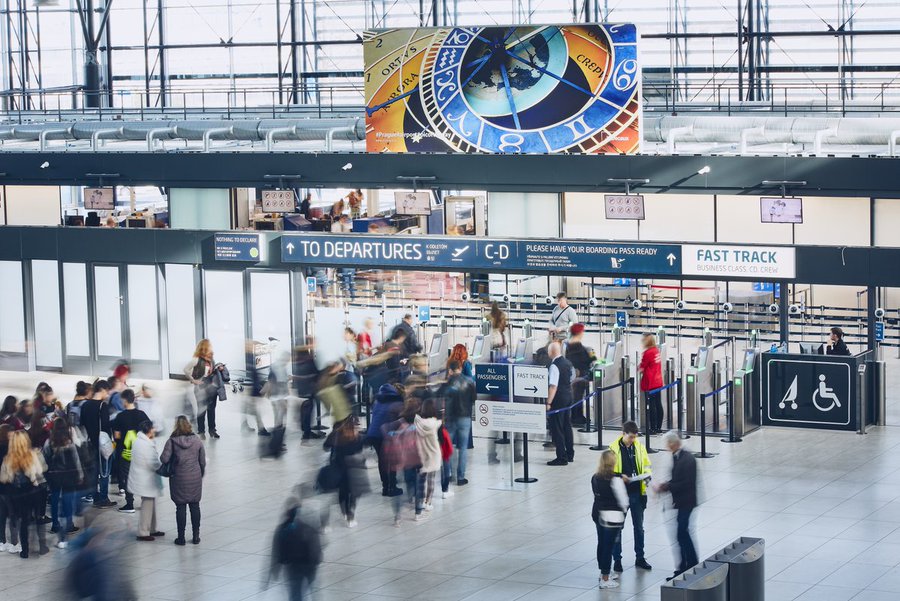 As of Sunday October 31, 2021, the winter flight schedule goes into effect, offering direct connections from Prague VÃ¡clav Havel Airport to 92 destinations, including exotic countries such as Kenya, Mexico and Dominican Republic. New routes will also be operated under the winter flight program, for example to Tel Aviv, Naples, Odessa, Kiev, Dubai and Amsterdam. The launch of Eurowings’ core operations will also help facilitate the recovery and development of air traffic.

As part of the 2021 winter flight program, 47 airlines will operate direct flights to / from Prague. The German company Eurowings, a member of the Lufthansa group, is opening its base at Prague airport. Its two Airbus A319s will provide connections to 13 European destinations, including the Canary Islands and Barcelona. Ryanair offers regular connections from Prague to 26 cities, including popular destinations such as London, Krakow and Dublin. The Smartwings group will operate connections to nearly 20 destinations under the winter flight program, such as the Canary Islands, Madeira, Hurghada, Paris and Stockholm. Direct long-haul charter connections to exotic destinations such as the Maldives, Punta Cana, Mombasa, Cancun and Zanzibar will also be available from Prague’s VÃ¡clav Havel Airport.

â€œWe are delighted to see the resumption of previously operated routes, the launch of connections to new destinations and the frequency increases on existing routes. Thanks to the current trend, we have handled over three million passengers by mid-October. We also hope that, with the new routes offered under the winter flight program, the number will continue to grow. We are still far from the number of passengers recorded in 2019, but in terms of the number of destinations offered, we are getting closer â€, JiÅ™Ã­ Pos, Chairman of the Board of Directors of Prague Airport, said: â€œIn the coming winter season, we expect increased interest from Czech travelers in traveling to exotic destinations. We are happy that they can choose from several options and travel both direct and with transfers.

With the gradual resumption of air traffic, the relaunched links are returned to Prague. British Airways will again connect Prague to City Airport in central London, Czech Airlines will relaunch the route to Copenhagen, Ryanair will resume direct services to Barcelona, â€‹â€‹Paris and Manchester, while Jet2.com will relaunch its flights to Birmingham, Manchester , Leeds and Newcastle.

In addition, brand new routes will be offered during the winter season. Wizz Air will offer flights from Prague to Rome, Catania and Naples, while Smartwings will add flights to Dubai and London. The route to Tel Aviv will be operated by Israir Airlines, Blue Bird Airways and Arkia Airlines during the 2021 winter season. There will also be brand new routes this winter, namely the Prague – Odessa route, thanks to Bees Airline, and the new SkyUp Airlines connection to Kiev. Ryanair’s new routes will improve accessibility to Warsaw and Naples. Vueling will increase the number of connections to Amsterdam and Blue Air to Bucharest, by launching a new route.

Along with new destinations, the frequency of connections on existing lines will also increase compared to the summer flight schedule. For example, British Airways will increase the number of frequencies to London up to twice a day, adding a morning flight to Heathrow Airport for connecting flights to the United States. Brussels Airlines, which carries passengers to Brussels up to eleven times a week, is one of the companies that will be operating flights from / to Prague more often than under the summer timetable. Ryanair will offer the same number of frequencies to Milan and will increase the number of flights to Dublin, Venice, Brussels and Bologna. Flydubai will serve more flights to Dubai with departures up to seven times per week. Other flights will also be offered on the Transavia line to Eindhoven.

Resumption of direct connections from Prague:

Selected routes with an increased number of frequencies compared to the summer season: