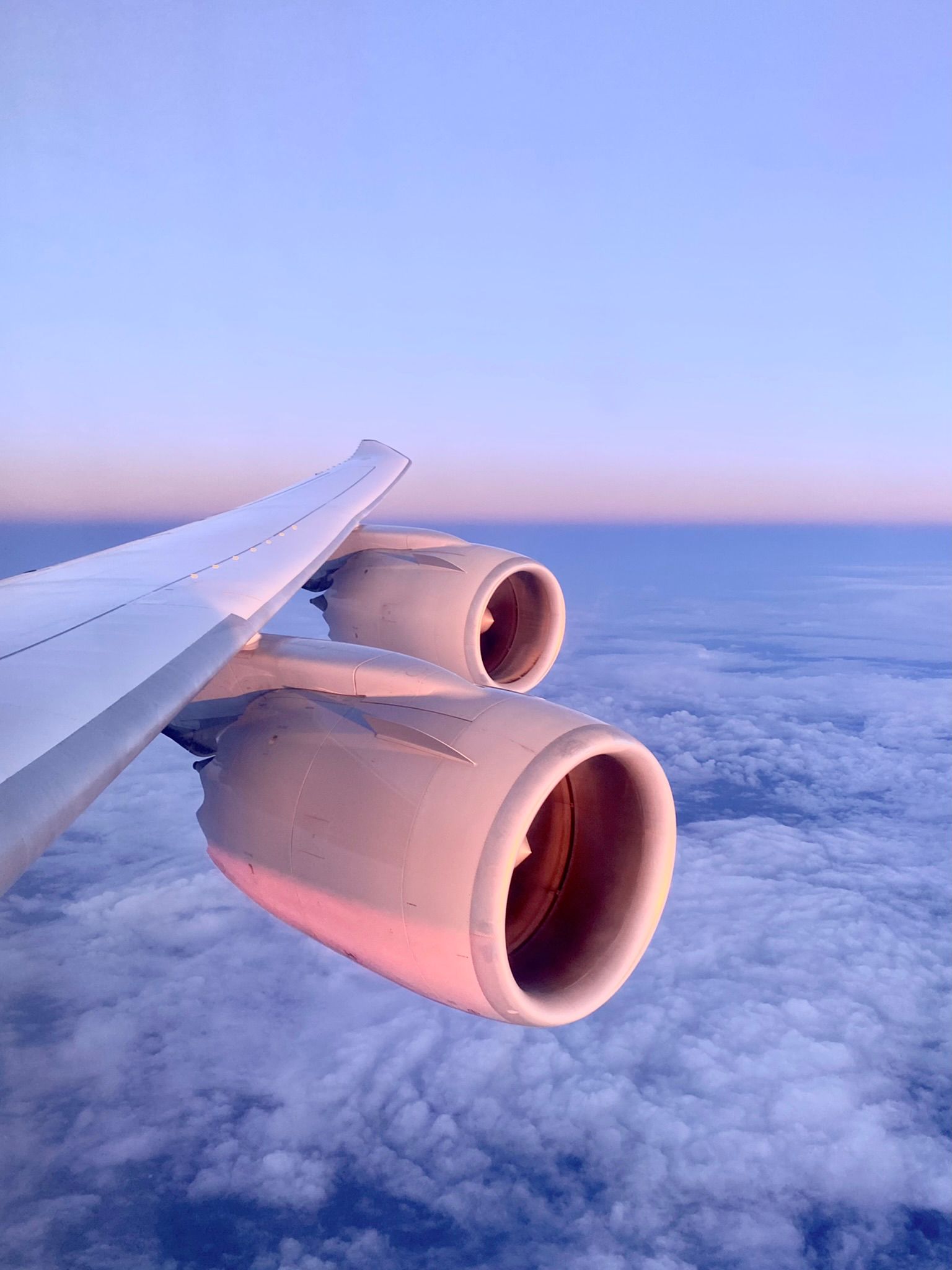 Conclusion: on board the Lufthansa Boeing 747-8 in business class

CHICAGO & FRANKFURT – After a week of traveling through the Northeastern United States and visiting Washington, Norfolk and Chicago, I flew from Chicago to Frankfurt with Lufthansa on the Boeing 747-8.

We arrived in Chicago just in time to easily get to our flight. It was about 15 minutes from check in to the door. The ground staff were very friendly, both at check-in and at the gate.

Boarding was just beginning when we arrived and headed to the front of the business class line.

The gate agents promptly announced that our flight would be delayed due to a technical issue, which was resolved within minutes. We quickly boarded the queen of the skies, the Boeing 747-8.

To have a free seat next to me and as much privacy as possible, I choose seat 9A, at the back of the forward cabin in business class. This seat offered the best engine views of the entire aircraft.

I immediately walked to my seat and made myself comfortable. Once boarding was complete, the purser handed out the flight menus shortly after the pilot announced that we would be delayed again due to another technical issue.

As I sat near the galley, I already heard the crew muttering that the flight was probably going to be canceled – luckily that didn’t happen! We were delayed about an hour when the Captain announced we would be ready to leave soon – spoiler, that didn’t happen any time soon.

So guess why:
A) because of typical Chicago weather
B) ONE
C) also A

We had to wait another 2 hours until the defrost was complete, and we were in the air. 2 hours after getting settled in my seat, the crew came to serve me champagne and orange juice.

Shortly after leaving, our meal was served. Starter and main course were served on a single platter. As a starter, I choose the seared scallops, grilled shrimp with papaya cucumber salad and ginger lime soy sauce.

The presentation was great, and they tasted even better.

For my main course, I opted for the grilled beef tenderloin, veal jus with cabernet, balsamic onion, sautéed baby spinach, grilled green asparagus and mashed potatoes with olive oil. olive. The beef was a bit overcooked, although still very tasty.

The asparagus was the highlight of the meal, the best I’ve had in years.

For dessert, I opted for both options – cheese and chocolate pudding. Both weren’t very special but did their job.

I’m a fan of Lufthansa’s 2-2-2 setup, although I didn’t like how the feet were side by side. On the A330, the floor was much larger and much more private.

I soon sat up in a bed and fell asleep comfortably.

Since I sleep on my side, I also lowered the seat next to me for leg support.

I woke up as the breakfast service had just ended. I slept comfortably for 4 hours. As I woke up, we were just passing through London. The sunrise views were unbeatable!

I pressed the call button pretty quickly after realizing I had missed meal service.

The purser jumped out of the kitchen within seconds, and within 2 minutes of hitting the call button, I had a meal on my tray. Although the presentation could have been better, the food was quite good.

I’m not a fan of chia, but this was great! I cleared my plate quickly and we quickly started descending towards Frankfurt.

After landing in Frankfurt, I have already been re-booked on the next flight to Berlin, as I missed my connection due to the delay. I headed straight for the gate and had an uneventful flight with awful meal service en route to Berlin.

Lufthansa really showed its best assets on this flight, the crew was poor, but the food was excellent!

Although the quality of airBaltic’s business class meals was not up to par, I was once again pleasantly surprised by Lufthansa. Well done.