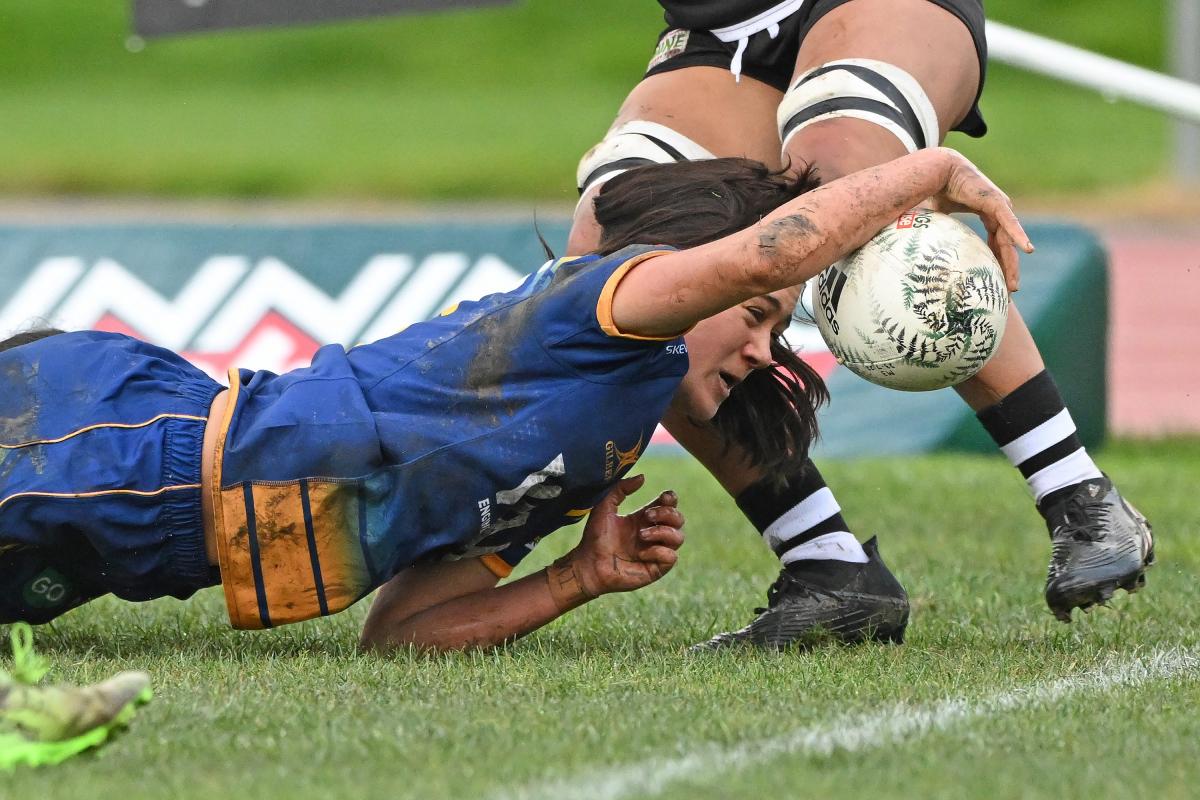 By Jeremy Queen On Jul 24, 2022
Share
Not one, not two, but three tries for electric winger Oceana Campbell helped the Otago Spirit off to a winning start in the Farah Palmer Cup on Saturday.

The Spirit’s 44-22 victory over Hawke’s Bay Tui at Hastings came despite three late yellow cards, playing with 13 players over a 10-minute period.

Co-captain Julia Gorinski said it was nice to take the win but said there was plenty of room for improvement, especially in terms of discipline.

“Discipline will be one of the big jobs, I’m sure.

“We stuck to our structure pretty well. It’s going to be just some of those finer details, and some of our tackles haven’t been as dominant as we would have liked.”

The 9-10 combination of Australian international Georgia Cormick and Maia Joseph was instrumental in Otago’s victory.

It didn’t take long for the Spirit to strike as new cap Atawhai Hotene scored just 90 seconds into the match.

Fine exchanges between forwards and inside backs put Hotene in space and she pointed for the first try of the season.

A stolen lineout 5m from the Tui line led to Hotene scoring a brace after a deft maneuver from the baseline.

Hawke’s Bay added three more through skipper Krysten Cottrell’s boot before Cheyenne Cunningham crashed out for Otago’s third try of the half.

The home side managed to cut Spirit’s lead to 24-15 before the break as Gemma Woods scored on the stroke of half-time.

Otago started the scoring in the second 40 as Campbell scored his second, again set up by Joseph.

An interception try 10 minutes later completed the 18-year-old winger’s hat-trick before Cormick overturned a penalty to give the Spirit a 24-point buffer.

A yellow card for Otago lock Ella Gomez was followed by the Tui who hit back with Kahlia Awa.

Substitute Kayley Johnson was next to see yellow, and Gorinski completed the trio of cards just as Gomez returned to the court.

However, Hawke’s Bay could not capitalize on the power play and conceded a late try, Cunningham’s second, to put the result beyond doubt.

Canterbury beat Auckland 33-27 in the Premiership.