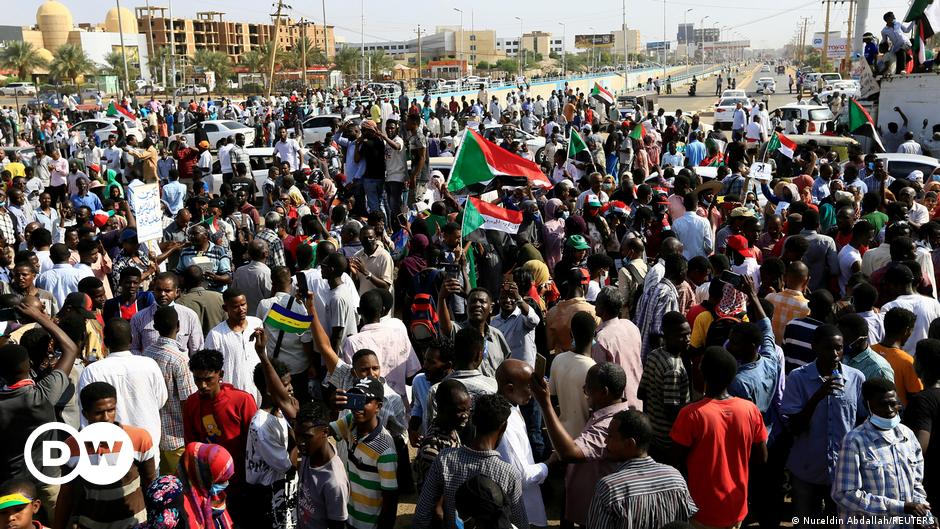 Most Sudanese government ministers and leaders of pro-government parties have been arrested, government sources said on Monday. The Information Ministry called it a full military coup and demanded the release of all detainees.

“Civilian members of the Sovereign Transitional Council and a number of ministers of the transitional government have been detained by the joint military forces,” a statement from the Ministry of Information said.

Prime Minister Hamdok called on the people to “defend their revolution”

The armed forces took Prime Minister Abdalla Hamdok to an undisclosed location after initial reports that he was under house arrest. “After refusing to participate in the coup, an army force arrested Prime Minister Abdalla Hamdok and took him to an unidentified location,” the Sudanese information ministry said. The ministry added that Hamdok called on the Sudanese people to resist the coup and “defend their revolution.”

The statement also said soldiers broke into the state broadcaster’s television and radio headquarters in the town of Omdurman and arrested some staff.

The Sudanese Professionals Association, the country’s main pro-democracy political group, called on the population to demonstrate in the streets and counter an apparent military coup.

“We are urging the masses to take to the streets and occupy them, to close all roads with barricades, to organize a general labor strike,” the group said in a Facebook post.

The Sudanese Communist Party said it was a “complete military coup” orchestrated by the head of the Sovereign Council, General Abdel-Fattah Burhan, and called on workers to go on strike.

Local media reported that Khartoum International Airport had been cordoned off by military forces. Al Arabiya reported that major airlines have suspended flights to Khartoum.

Sources said internet services were disrupted in the capital Khartoum. NetBlocks, a group that tracks internet disruptions, said it saw a “significant disruption” in fixed and mobile internet connections across Sudan with several providers early Monday.

US and EU call for democracy

The EU called for restoring the transition process. German diplomat for Sub-Saharan Africa and the Sahel, Robert Dölger, said on Twitter: “We stand in solidarity with the Sudanese people and their aspiration for freedom and democracy.”

The United States’ special envoy to the Horn of Africa, Jeffrey Feltman, met with Sudanese military and civilian leaders on Saturday and Sunday to find a solution to the ongoing dispute. Feltman called the military takeover “completely unacceptable” and said the changes to the transitional government put American aid at risk.

Tensions between civilian and military leaders

The arrests come amid growing unrest between Sudan’s civilian and military rulers, who were believed to share power following the overthrow of former ruler Omar al-Bashir. Since then, the country has been ruled by a transitional civil-military administration, until a civilian government was elected.

Recently, the two factions have embarked on demonstrations and street protests. The civilian bloc, known as the Forces for Freedom and Change (FFC), has also split into two opposing factions.

“We renew our confidence in the government, Prime Minister Abdalla Hamdok, and the reform of the transitional institutions – but without dictations or impositions,” Yasser Arman, leader of the FFC, told reporters.

Previously, Hamdok had described the divide between the ruling factions as the “worst and most dangerous crisis” for the transitional government.

Last week, some ministers took part in protests in Khartoum and other cities against the possibility of military rule.

The country is expected to hold general elections in 2023.