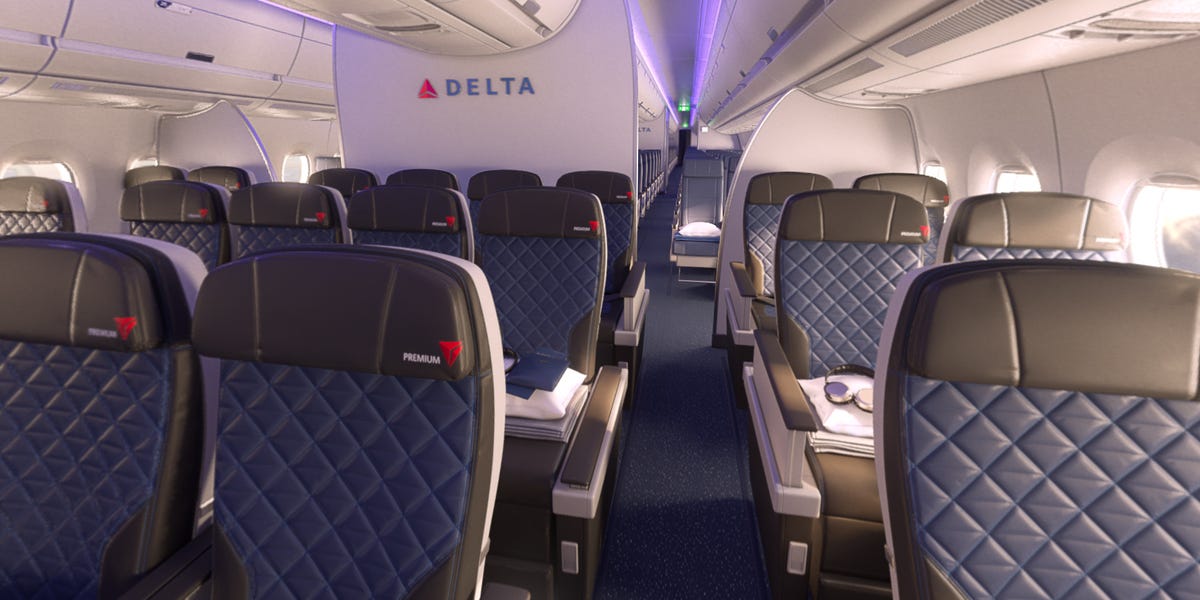 More and more airlines are considering replacing at least some of their business class seats with â€œpremium economyâ€ sections, according to a Bloomberg report.

A division of German airline Lufthansa told the publication it had even received inquiries from other airlines who wanted to do away with business class altogether.

The premium economy, a notch below Business Class, is generally an upgrade from the regular economy, with slightly wider seats and more legroom, and sometimes better food and larger TVs. big. Seats typically take up nearly two-thirds of the space than business class bunks and are up to 10 times cheaper to fit, making them very attractive to airlines, according to the Bloomberg report.

According to the Bloomberg report, American, United and Delta – the three largest airlines in the United States – are installing premium economy sections in their widebody jets, which have three aisles of seats.

Emirates unveiled its first premium economy planes earlier this year, complete with legrests and footrests, while Finnair is adding the section to its 27 widebody planes, he told Bloomberg. Carriers including Singapore Airlines and British Airways introduced premium economy sections before the pandemic.

â€œThe investment was an easy decision for us,â€ Finnair CEO Topi Manner told the publication. “The premium economy is the most profitable real estate on the plane, and the pandemic is strengthening it.”