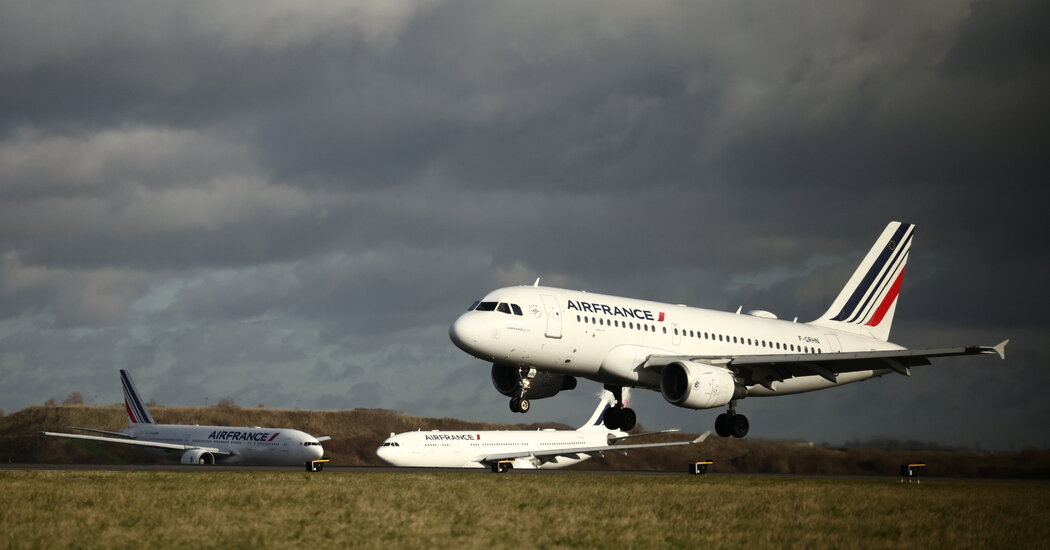 As tensions rise in Ukraine, more and more airlines are limiting or suspending flights to the country despite government efforts to keep airspace open.

Air France announced on Monday that it would cancel its flights to and from Kiev scheduled for Tuesday due to security concerns caused by the reinforcement of Russian troops on Ukraine’s borders.

The airline, which currently offers return flights between Paris and Kyiv on Tuesdays and Sundays, said the cancellations were a “precautionary measure” and that the company would “regularly reassess the situation”.

Also from Monday, German airline Lufthansa suspended flights to Kiev and the Ukrainian city of Odessa until the end of the month. The suspension also applies to flights by Austrian Airlines and Swiss International Air Lines, both of which are part of the Lufthansa Group.

A Lufthansa spokeswoman said flights to Lviv in western Ukraine would continue to operate regularly.

“The safety of our passengers and crew is our top priority at all times,” Lufthansa said in a statement.

Scandinavian Airlines, known as SAS, canceled its weekly flight from Oslo to Kyiv scheduled for Tuesday. John Eckhoff, a spokesman for the airline, said it would reassess the situation before deciding whether to resume flying next week.

Airlines began limiting flights to Ukraine on February 12, when Dutch carrier KLM suspended them indefinitely, citing safety concerns. On the same day, Ukrainian low-cost airline SkyUp was forced to land in Moldova because insurance companies said they would stop insuring planes for flights over Ukrainian airspace. , and the company has temporarily suspended ticket sales.

With airlines fearing what happened in 2014 – when a missile fired from territory controlled by Russian-backed separatists shot down a Malaysia Airlines plane, killing all 298 people on board – Ukrainian authorities have pointed out that the country’s airspace remained open and were quick to reassure the industry. Ukrainian Prime Minister Denys Shmyhal announced on February 13 the creation of a $590 million fund to cover insurance so that flights can continue in Ukrainian airspace.

Ukraine International Airlines said on February 14 that although insurance companies would stop insuring aircraft for flights over Ukrainian airspace, they would continue to operate flights as normal thanks to cooperation with the government.

Other carriers, such as Wizz Air and Ryanair, continue to operate flights to the country.