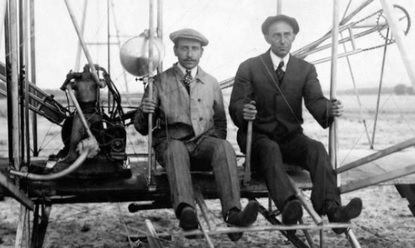 The Royal Aeronautical Society (RAeS) has announced the 2021 winners of the world’s most prestigious and long-standing awards for achievement and innovation.

The RAeS has honored outstanding individuals in the global aerospace industry since 1909, when Wilbur and Orville Wright came to London to receive the Company’s first gold medal.
Courtesy RAeS

The awards dinner and celebration, held in London last night, saw leaders in aviation, aerospace and space recognized for their significant contributions from space innovation in supporting aid humanitarian aid and the removal of social barriers through theft.

Ms. Shotwell, President and COO of SpaceX for her successful career in the space industry.

Former NASA Administrator Mr. Bridenstine was commended for his contributions to the advancement of the US space program, including his introduction to the US Congress of the American Space Renaissance Act in 2016 and leading the US Artemis program at NASA .

Professor Johann-Dietrich Wörner is a German civil engineer, university professor and former president of the Technische Universität Darmstadt, he was then chairman of the board of the German Aerospace Center DLR from 2007 to 2015. During this period he was head of the German delegation to the European Space Agency (ESA) and Chairman of the ESA Council. On July 1, 2015, he succeeds Jean-Jacques Dordain as Director General of the European Space Agency; his term of office ended in March 2021. Professor Wörner receives an honorary scholarship.

Silver medals were awarded to Dr. Katherine Gill, F-35 Software Liaison Officer at the US Department of Defense for the Digital Transformation Modernization of F-35 Agile Development. Mr. Tim Moore, Chief Airworthiness Engineer for Leonardo Helicopters, who has made significant contributions to the airworthiness regulatory environment.

Early career professionals were also recognized for their work in creating a more diverse and inclusive environment, but also for their broader achievements.

Mr. James Kirk received the Commendation for Youth Achievement and the Alan Marsh Award. Mr. Kirk was the Chief Engineer of the AlbatrossONE semi-aeroelastic flying demonstration aircraft from its inception in 2017 until the project closed in 2020; Airbus’ AlbatrossONE team also received the RAeS 2021 bronze medal.

The President of the Royal Aeronautical Society, Howard Nye, presented his President’s Award to Dr Johanna Jordaan, Chief of the Section of Aviation Medicine at the International Civil Aviation Organization (ICAO) and responsible for the CAPSCA program (The Collaborative Arrangement for the Prevention and Management of public health events in civil aviation). She was particularly commended for developing global guidance, tools and recommendations for governments, aviation regulators and industry to implement public health measures to mitigate the spread of Covid-19 in international aviation. This award recognizes outstanding skill and professionalism in the field of aviation and aeronautics, especially under adverse circumstances.

The President awarded the Presidential Sword of Sir Robert Hardingham to Sir Brian Burridge FRAeS, who served as Managing Director of the Company from 2019 to 2021. Sir Brian announced his intention to resign earlier this year and passed the baton to the current Managing Director David Edwards FRAeS in September. This distinguished award is in recognition of the excellent management of the Company by Sir Brian during extremely difficult times.

Howard Nye FRAeS, President of the Royal Aeronautical Society, said: “This year’s list of laureates demonstrates the tremendous amount of innovation happening in the aerospace, aviation and space industries. . We are on the brink of a new era in flight with the enormous growth and potential of space and the vital decarbonization of the entire aerospace industry. Many of our awardees shape that future and contribute to the mission of our Society.

“The leaders we are celebrating today are a cross-section of and represent all sectors of our industries. Our award winners work in manufacturing, engineering, materials, aerodynamics, defense, flight operations, spaceflight, government administration and more. We celebrate the exceptional contribution made by each of these awardees who have dedicated their professional lives to this most vital industry and we congratulate them on their incredible accomplishments.


Honorary scholarships mark the world’s highest honor for aerospace achievement, awarded only for the most outstanding contributions to the aerospace profession.


Individual medals are awarded for contributions to the advancement of aerospace art, science and engineering.

Dr Katherine Gill CEng FRAeS, responsible for the F-35 software link for the Ministry of Defense as part of the modernization of the digital transformation of F-35 Agile Development.
Mr. Tim Moore, Chief Airworthiness Engineer for Leonardo Helicopters, who has made significant contributions to the airworthiness regulatory environment.


Team medals are awarded for significant contributions to the advancement of aerospace art, science and engineering


The Society Specialist Awards are presented to individuals or teams in established professional disciplines. These awards recognize advancements, innovation, excellence and long service life that have had a significant impact.

Jan Plevka, retired President of the Forum of Military Airworthiness Authorities of the European Defense Agency.

Commendation for the success of a young person

This year’s award list demonstrates the significant progress made in the aerospace industry. RAeS hopes to continue supporting the RAeS rewards program.

The Company’s honors, medals and awards are open to all who are part of and support the global aerospace community, from seasoned professionals to students and graduates.
Nominations for next year’s awards are now open and the form is available at www.aerosociety.com/medalsandaward s. The closing date is April 31, 2022.

Florida had more summer tourists than before pandemic, DeSantis says