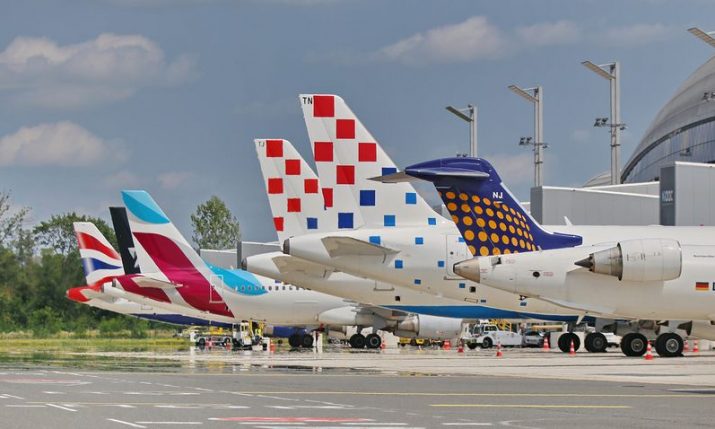 Zagreb, July 5, 2021 – After several months of decline and stagnation in traffic figures, Zagreb International Airport is recording a gradual recovery trend. During the summer months, growth in traffic figures is expected to accelerate, peaking at the end of the summer season, when Ryanair’s base is expected to be open and the company will launch most of the new routes planned in Zagreb for 2021.

Compared to the second quarter of last year, which included the period of the first containment from April to June 2020, with the same period this year, the traffic has increased by 3.5 times (350%). Last year, 63,401 passengers passed through the airport between April and June, while this year’s figures are 220,000 passengers, and June ended with more than 100,000 passengers.

Croatia Airlines has gradually restored the number of frequencies and flights over the spring months. At the start of the summer season, i.e. from July, there will be 14 international lines and 5 domestic lines departing from Zagreb with more than 150 weekly departures from this airline.

A significant contribution to the resumption of traffic is also expected from the new carrier in Zagreb, Ryanair, which has already started operating on 2 routes in June, from Brussels and Milan. During the last week of July, this company will base the first plane at Zagreb airport and open 3 other routes, to Gothenburg, London Stansted and Rome Ciampino, and from August 1, a line to Sofia. In early September, Ryanair plans to base the second aircraft at the airport and open 9 new routes as well as increase frequencies on previously introduced routes. The lines scheduled for September are Dortmund, Dusseldorf Weeze, Frankfurt Hahn, Karlsruhe / Baden Baden, Malmo, Memmingen, Oslo Torp, Paris Beauvais and Podgorica. Ryanair will have a total of 15 new routes with 42 weekly departures after the base opens.

The trend of resumption of traffic has been followed by Portugal’s national airline, TAP Air Portugal, and existing German partner Eurowings. After 5 years of absence from the Lisbon route, TAP Air Portugal re-established it in June this year and now connects the capitals 3 times a week. Eurowings announced the relaunch of its line to Düsseldorf from August 31 and announced a line to Prague from November 6. national carriers Croatia Airlines and Czech Airlines operated on the route to Prague.

Among other foreign partners, it is worth mentioning the Dutch national airline KLM, which doubled the frequencies and the size of the planes on the route to Amsterdam at the beginning of February 2021. So now, instead of one flight per day as in the ‘pre-pandemic period, KLM operates twice a day on the same line.

Although the operations of other partners are not following pre-pandemic levels, significant progress has been made. Spanish company Iberia has resumed operations, but on a seasonal basis. Spanish low-cost airline Vueling has also resumed seasonal operations with a lower frequency. In addition, British Airways has launched regular weekly flights with a frequency of 4 times a week on the Zagreb – London route, which will increase to 5 times a week by the second half of July and daily in August.

In view of the summer announcements, Zagreb Airport has good reason to hope for a stronger recovery. The intensification of traffic on existing routes, the arrival of new airlines and the opening of new routes from Zagreb will be a strong incentive for tourist and business trips of foreign and domestic passengers who have this year ‘a respectable choice of destinations.

During the peak period of the season, Zagreb Airport plans to operate between 90 and 100 ATMs per day, connected to a total of 6 domestic destinations and 42 international destinations.

Huge TUI cruise ship spotted off the coast of Anglesey