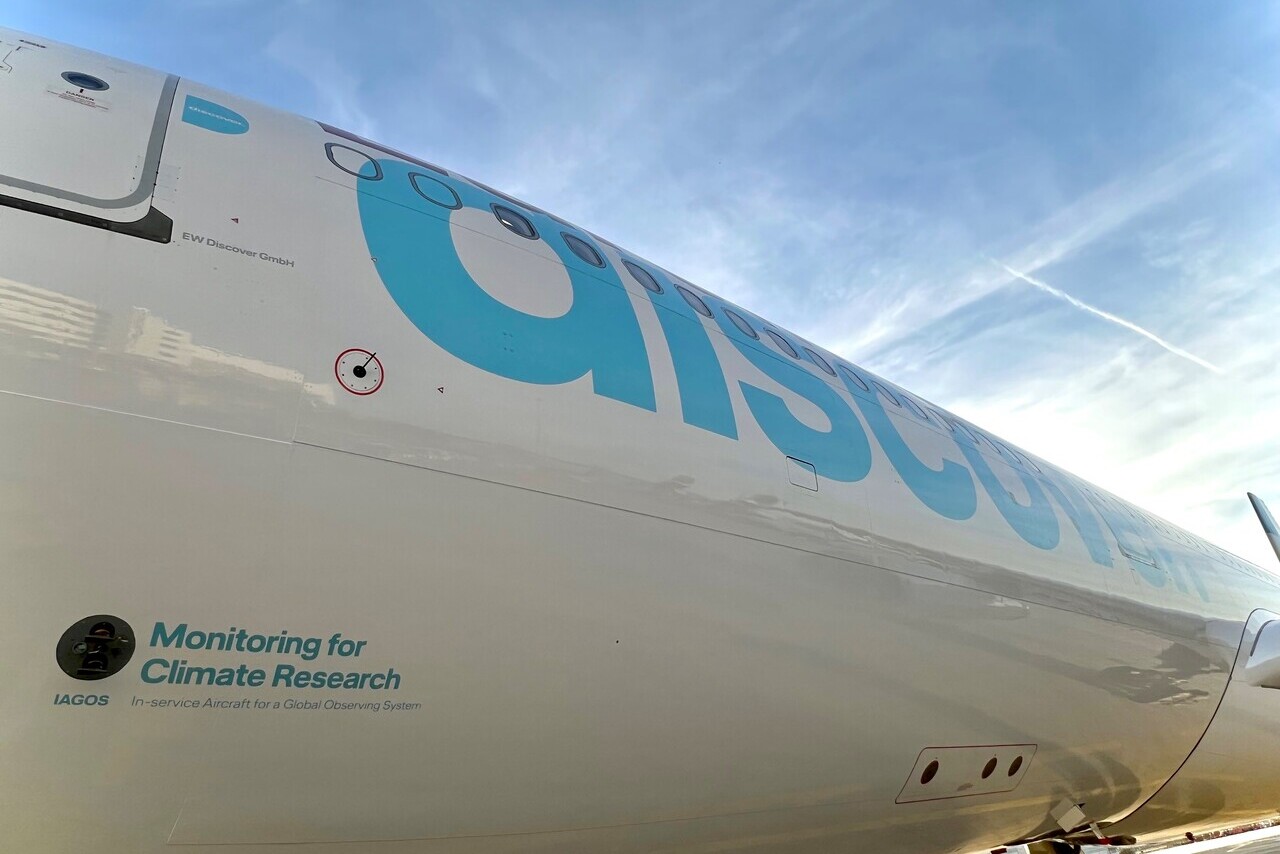 LONDON – The Lufthansa Group continues to expand its long-standing commitment to climate research and, together with the research center in Jülich, has equipped a third aircraft in its fleet with the measuring instrument cluster.

As of now, a Eurowings Discover Airbus A330 is continuously collecting measurement data in the atmosphere.

For more than seven years, Lufthansa has been operating two long-haul aircraft equipped with the measurement system of the European research project IAGOS (In-service Aircraft for a Global Observing System).

With the now additional A330, the Lufthansa Group will be able to collect climate data for scientific purposes on additional flight routes worldwide.

“We are proud to now be able to support the IAGOS project with a third long-haul aircraft. Over the past 30 years, data collected with our aircraft has contributed significantly to building one of the world’s most comprehensive datasets of atmospheric ozone and water vapor content.

“Through our commitment, we are making an important contribution to climate research,” said Christina Foerster, Member of the Lufthansa Group Executive Board, Head of Brand and Sustainability.

Under the direction of the Jülich Research Center, IAGOS brings together the expertise of partners from research, meteorological services, the aeronautical industry and airlines. IAGOS Germany is funded by the German Federal Ministry of Education and Research.

“Thanks to the long-standing support of the Lufthansa Group, IAGOS has been able to develop into a world-class research infrastructure and occupies a central place in the global atmospheric observing system.”

“We welcome the ‘Kilo-Echo’ as a new member of the family and look forward to further deepening the cooperation with the Lufthansa Group. We hope that our measures will also contribute to reducing the climate impact of air traffic at the airport. ‘future’, said Teacher. Andreas Petzold, coordinator of IAGOS Germany at the Jülich Research Center.

The European research project’s compact system is permanently installed under the cockpit of the aircraft. A short connection leads from there to two measuring probes installed in the aircraft fuselage.

After each flight, the recorded measurement data is automatically transmitted to the central database of the CNRS (Centre National de la Recherche Scientifique) research center in Toulouse. The results are freely and openly available for global research and are currently used by approximately 300 organizations worldwide.

They help researchers better understand the evolution of the climate, the composition of the atmosphere and the determination of long-term changes to make climate models more accurate and improve weather forecasts.

The Lufthansa Group’s first IAGOS aircraft, the Airbus A340-300 “D-AIGT”, has already been in service since July 8, 2011. On this day, Lufthansa became the first airline in the world to take off with the new system. measurement IAGOS.

The previous system, MOZAIC, was also installed on two Lufthansa Airbus A340-300s and reliably collected measurement data in cruise flight until 2014. In February 2015, the second IAGOS system was installed at Lufthansa on the Airbus A330-300 “D-AIKO” .

With the third converted aircraft, a total of ten aircraft from seven airlines worldwide are now equipped with the IAGOS system. About half of the more than 60,000 flights with MOZAIC and IAGOS measuring devices were operated by Lufthansa.