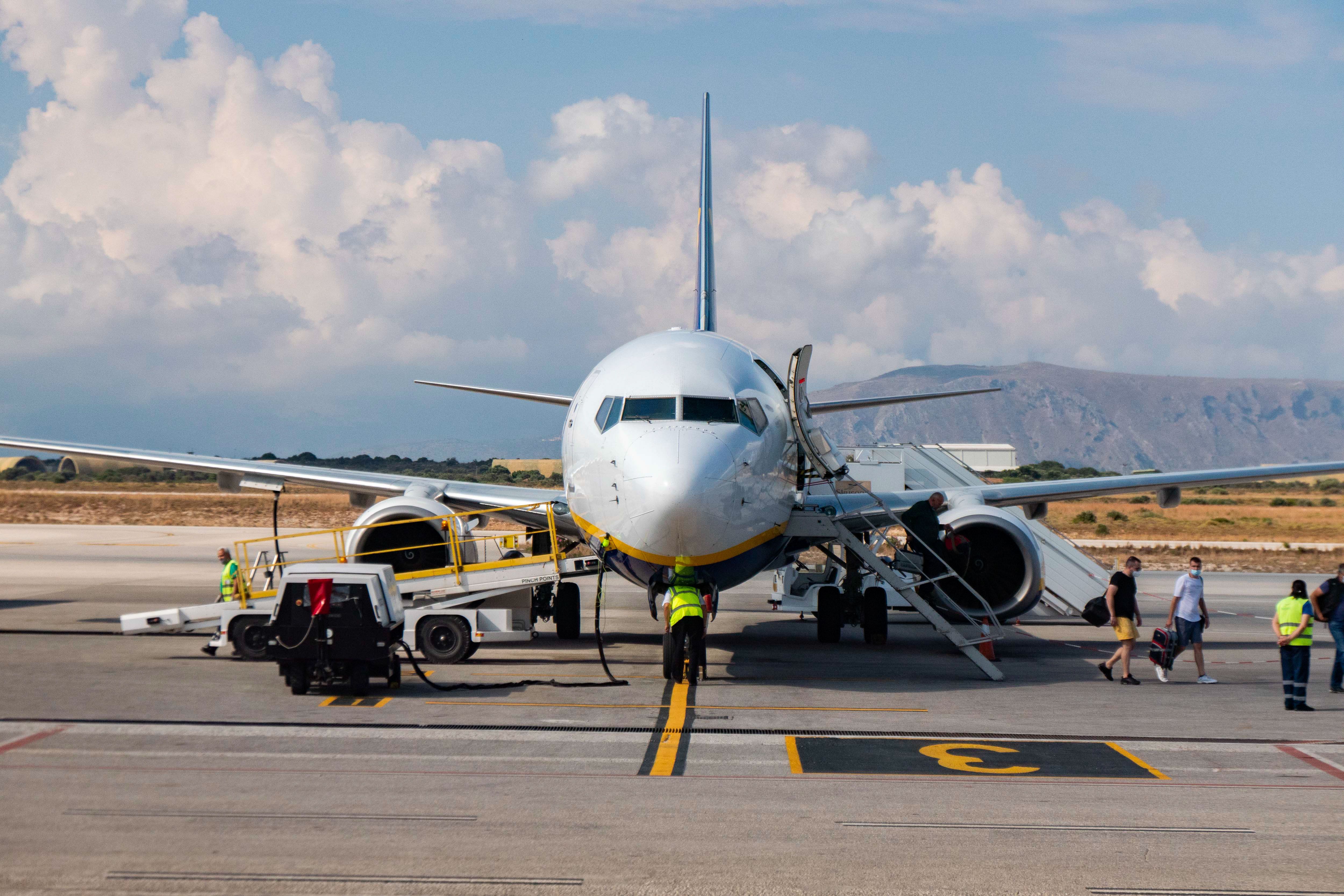 Located in the Mediterranean Sea to the southeast of the Greek mainland, the island of Crete is a popular destination among European vacationers. It is served by three commercial airports, with other existing facilities for general aviation and military purposes. Let’s take a closer look at which airports handle which flights.

Heraklion Nikos Kazantzakis International Airport (HER) is located on the north coast of the island, close to the resort town of Malia. Not only is it the busiest air hub in Crete, but it also ranks second (behind Athens International Airport Eleftherios Venizelos) among Greek airports in terms of passenger traffic. In 2019, the last full calendar year of pre-coronavirus “normalcy”, it handled almost eight million passengers.

The airport is a joint commercial/military facility, and its longest runway (09/27) spans 2,714 meters. This allows it to handle larger planes, like the Boeing 777 that Austrian Airlines deployed there amid huge demand last summer. However, for the most part its traffic consists of seasonal leisure and charter traffic operated by European narrow trains to meet summer holiday demand.

All the usual European suspects fly to Heraklion seasonally, ranging from low-cost carriers like easyJet, Ryanair and Wizz Air to full-service national carriers like Air France, British Airways and Finnair. Away from Europe, Etihad flies from Abu Dhabi on a seasonal basis. Some flights operate year-round, with most being domestic. However, Aegean also serves three German cities year-round.

LOT and TUI are among the many seasonal operators in Heraklion. Photo: Getty Images

The airline industry is always full of new things! What aviation news will you check next?

It should be noted that there are plans to replace Heraklion Airport by the middle of the current decade. These will see operations transferred to a modernized airport in Kasteli, which currently serves as a military base. This would mean, among other things, an extension that would take the Kastelis track to 3,800 meters in length. Heraklion airport will then be part of an urban regeneration project.

The second busiest commercial airport in Crete is Chania Daskalogiannis International (CHQ), in the northwest of the island. Before the coronavirus pandemic, this facility handled around three million passengers a year. Just like Heraklion, this airport is also shared, in terms of use, with the Hellenic Air Force.

Chania Airport operates similarly to its larger Cretan counterpart, with seasonal leisure and charter flights making up the bulk of its traffic. Year-round services primarily serve domestic destinations, namely Athens (Aegean Airlines, SkyExpress) and Thessaloniki (Ryanair). The only exception to this rule is the Cypriot destination of Paphos, to which Ryanair also flies year-round.

Located in the northeast of the island, the public airport of Sitia Vitsentzos Kornaros (JSH) operates on a much smaller scale. Indeed, even in 2018, its busiest pre-pandemic year, the facility still only handled around 62,000 passengers, with that figure having fallen to just over 11,000 in 2020. Its runway measures 2,074 meters long.

Due to the regional nature of Sitia’s operations, flights serving the airport do so year-round. Olympic Air offers a direct connection to Athens, while SkyExpress serves Alexandroupoli, Preveza/Lefkada and Zakynthos.

What do you think of Crete’s airports? How many have you visited? Let us know your thoughts and experiences in the comments!