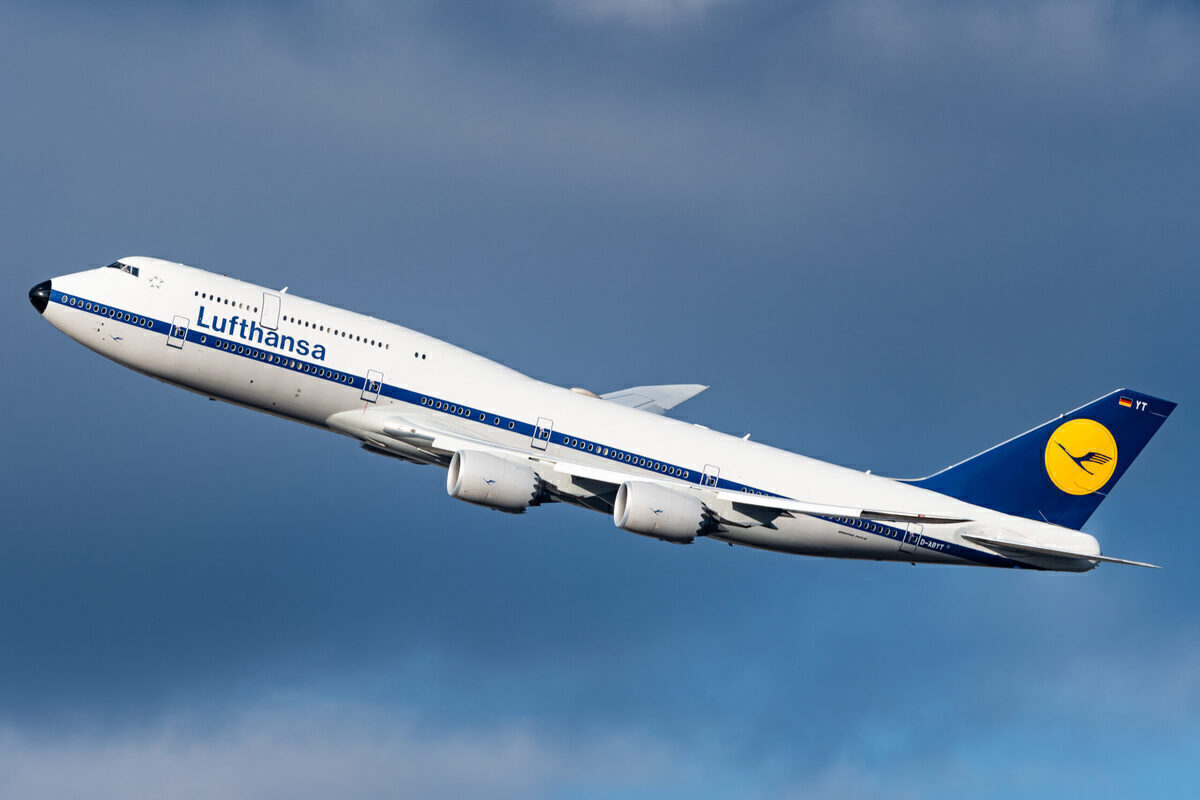 9 years of service: why the passenger Boeing 747-8 did not take off


Today marks nine years of the first passenger transport flight of the Boeing 747-8. The aircraft is the latest variant of Boeing’s iconic 747 family, which as a whole dates back more than half a century. While its predecessors, particularly the 747-400, sold well, the 747-8 found controls a bit more difficult to obtain. Let’s take a look at the operational history of this aircraft and why, at least in its passenger form, it didn’t take off.

The 747-8 represents the latest chapter in one of the most iconic airliner families in aviation history. The story began in the late 1960s, when Boeing sought to develop the world’s first two-aisle airliner. It did so under the direction of Joe Sutter, who had previously worked on the 737 program. Of course, this has also become an industry-defining short-haul airliner.

The need for Boeing to embark on such a project arose after Pan Am demanded a much larger airliner than its existing 707. He hoped that by increasing the capacity of the aircraft by 250%, the cost per seat would decrease by 30%, thus helping to democratize air travel. Pan Am performed the first 747-100 passenger transport service from New York to London in 1970.

While the colossal Airbus A380 was in development, Boeing commissioned several studies on a potential competitor in the early 2000s. This culminated in the launch of the 747-8 program, which Boeing launched in 2005. At the At the time, it forecast sales of 300 aircraft, with passenger (747-8I ‘Intercontinental) and cargo (747-8F) versions planned.

The increased size of the 747-8 compared to its predecessor is also evident when comparing the respective wingspans of the two models. While the 747-400 is 64.4 meters wide, the 747-8 exceeds it by about four meters. That being said, their heights are the same.

The German airline Lufthansa was the first airline to operate the 747-8I for passenger transport. It ordered 19 copies of the aircraft in December 2006, and the first entered service with the airline exactly nine years ago today, June 1, 2012.

The type’s inaugural service with Lufthansa was a flight from Frankfurt International (FRA) to Washington Dulles (IAD). Christoph Franz, Chairman and CEO of Lufthansa at the time, enthusiastically welcomed Boeing’s latest jumbo jet to the fleet, saying:

“The Boeing 747-8 Intercontinental is an exceptional aircraft. With its addition to our fleet, Lufthansa has created a product that is not only in line with our company’s commitment to innovation, technology and efficiency, but also offers qualities and features that will not be lacking. to maximize the in-flight experience of our passengers.. “

Since launching the 747-8 nine years ago, Lufthansa has operated it on various intercontinental routes from Frankfurt. As it looks to fuel its recovery this summer, it will deploy the aircraft to a total of 16 destinations from Germany’s busiest airport. In terms of capacity, the largest is Mexico City, with Lufthansa offering 147,784 seats in both directions.

While the 747-8 has consolidated its role as a key part of Lufthansa’s fleet, this cannot be said for airlines elsewhere. Indeed, the guy struggled for sales, with Lufthansa being his only commercial customer until 2009, when Korean Air ordered five. It added five more in 2013. Air China also requested five copies in 2012, and two more in 2013.

Boeing data shows that Russian carrier Transaero ordered four 747-8s in 2013. However, the carrier never picked them up and went out of business two years later. Boeing, at least when it comes to the 747-8, has had no luck with Nigerian carrier Arik Air. This airline ordered two 747-8s in 2011, but converted them to orders for Boeing 787s in 2017.

The remaining orders for the 747-8 configured for passengers belong primarily to customers planning to use the aircraft for VIP / business jet purposes. The US Air Force has also ordered a pair, which will replace its current “Air Force One” presidential 747-200s. Finally, the type also has two orders from unidentified customers, placed in 2017 and 2021.

Why did the guy sell badly?

In total, Boeing has only delivered 47,747-8 configured for passengers to the above customers. This contrasts sharply with the success of the 747-400 that preceded it, which racked up 467 deliveries (including the -400D and -400ER variants). But why is this the case?

While the 747-8 might have been a good idea when it launched, the weather hasn’t been kind to the aircraft. Its high capacity character means that, like the A380 to which Boeing designed the 747-8 as a reaction, it relies on high load factors to be profitable.

However, as the star model demanded by these planes becomes less and less trendy, this has become difficult. The sharp drop in passenger numbers caused by the ongoing coronavirus pandemic has likely hurt his chances of securing further orders as well.

Then there is the capacity of the 747-8 itself. Despite its larger size, it can accommodate fewer passengers than the -400 at Korean Air and Lufthansa, for example SeatGuru. As such, for routes where there is sufficient demand to operate larger quadjets, operators may be in a better position to operate the A380 or 747-400 – models that Boeing hoped the 747-8 would challenge.

More common as a freighter

That being said, all hope is not lost for the 747-8 as a whole. Indeed, the guy has found more success in the freight business. In fact, the 747-8F was the first variant of the type to be released. Cargolux launched it commercially in October 2011 and now operates 14 of them.

Boeing has received 107 orders for the 747-8F. Of this figure, it delivered 96 copies to cargo airlines around the world. In addition to the 14 examples of Cargolux, Boeing delivered the same number to the cargo division of Cathay Pacific. Other operators include AirBridgeCargo, Korean Cargo, Nippon Cargo, Silk Way West Airlines, and Volga-Dnepr.

Current orders concern Atlas Air (four aircraft) and UPS (seven aircraft). These carriers both already operate other examples of the 747-8F, with 10 and 21 in their respective fleets. The seven pending UPS orders, once delivered, will see its 747-8F fleet grow to twice the size of the aircraft’s next operator. While the family remains considerably shy of their planned 300 orders, they will continue to help the world move for years to come.

What do you think of the 747-8? Have you ever flown the latest version of Boeing’s legendary jumbo jet? Let us know your thoughts and experiences in the comments.

Iwi partnership to facilitate the plugging of the Tui oil field