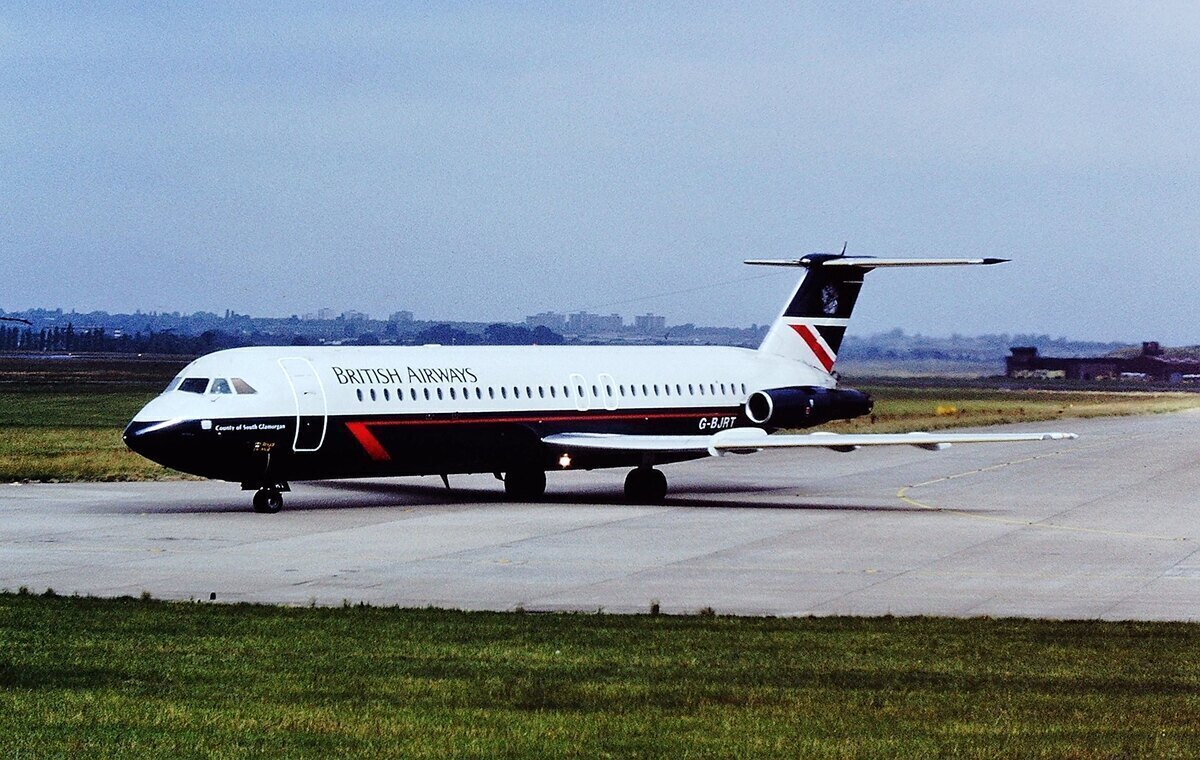 
Explosive decompressions can pose a serious threat to life on board an aircraft. Fortunately, such incidents are rare, but, among those that have occurred, one stands out as a particularly incredible survival story. Specifically, this week marks 31 years since the captain of a British Airways BAC 1-11 survived the vacuuming of his seat and pinning outside the plane for 20 minutes. Let’s explore the incredible history of British Airways flight BA5390.

The flight in question

British Airways flight 5390 was a service from Birmingham (BHX) to Malaga-Costa del Sol (AGP), Spain’s fourth busiest airport. It was, and remains, an extremely popular leisure corridor among sun-seeking UK tourists looking to enjoy a Spanish vacation. Today, Jet2, Ryanair and TUI all travel this route. easyJet will join the party later this month.

BA no longer operates from Birmingham. That being said, it still serves Malaga from London (City, Gatwick and Heathrow) and Southampton. This underscores the nation’s popularity of the destination among travelers from across the UK.

The day of the incident was 10 June 1990. Although this falls outside of typical UK school holiday dates, the flight was still reasonably well loaded, with 81 passengers (and six crew). Flight BA5390 was operated by extended BAC 1-11-500. This had a maximum capacity of 119 passengers seated five abreast. He left Birmingham at 08:20 local time.

This particular example had the inscription G-BJRT. He was appointed South Glamorgan County, after a coastal region of South Wales. He had only joined BA in 1988, although he was not entirely new at this point. Indeed, it had originally entered service with Bavaria Fluggesellschaft in West Germany in 1971, which was renamed Bavaria Germanair in 1977.

The aircraft joined German airline Hapag-Lloyd Flug in 1979, before departing in 1981. This took it from Germany to the UK, where it joined British Caledonian, as seen above . He was with the carrier for seven years before BA acquired the airline and its fleet in 1988. At the time of the incident, the G-BJRT had been in service for a total of 19 years.

After an uneventful departure under the control of First Officer Alastair Atchison, the flight exited Birmingham southbound towards the Spanish sun. During the climb, Atchison handed control of the aircraft to Captain Tim Lancaster.

13 minutes after the flight left Birmingham at 08:33 local time, G-BJRT was at an altitude of 17,300 feet above the railway town of Didcot, Oxfordshire. It was then that the story of the theft took a sudden and alarming turn. Specifically, the windshield on Captain Lancaster’s side exploded away from the aircraft with a loud bang.

In a terrifying turn of events, the force of the sudden explosive decompression caused by the opening of the window propelled Captain Lancaster headfirst out of the climbing aircraft. Fortunately, he caught his legs on the flight controls, which prevented him from being completely sucked in. However, this disengaged the autopilot, forcing the aircraft to descend.

The aircraft picked up speed on its sudden descent as decompression caused the cockpit door to collapse inward, jamming the throttle controls. Co-pilot Atchison chose to continue the descent to a safe altitude in terms of atmospheric pressure and oxygen levels.

Indeed, the 1-11 did not have a sufficient supply of auxiliary oxygen for its entire contingent of passengers and crew. Meanwhile, the cabin crew had entered the cockpit to cling to Captain Lancaster’s body. They were concerned that, if let go, his body could damage the wings or even be ingested into the engines, which could lead to further danger.

With the flight attendants of the aircraft holding Captain Lancaster in place, First Officer Atchison was able to regain full control of the aircraft and began to initiate the emergency landing process. Air traffic control directed the flight to Southampton Airport.

While there were concerns that the runway might be too short for the fully loaded BAC 1-11, there was no time to dump fuel and save weight, leaving Atchison with no other option. The flight finally landed safely in Southampton at 8:55 a.m. local time.

The landing took place 35 minutes after the flight’s initial departure from Birmingham. By this time, Captain Lancaster had been stuck outside the cockpit for over 20 minutes, causing his colleagues to fear the worst for his chances of survival.

However, he somehow survived this terrible ordeal, with only a handful of injuries to prove. Lancaster suffered frostbite from time spent outside the plane, as well as knocks, bruises and fractures to his arms, hands and wrists. Quartermaster Nigel Ogden was the only other seriously injured party, suffering from frostbite and a dislocated shoulder.

Investigators quickly got to work on the alarming incident and quickly discovered an equally shocking cause. This happened after the missing window and many of its 90 bolts were located in Cholsey, Oxfordshire. The village is about 9 km from Didcot, where the plane was above when it decompressed.

Upon examination, investigators found that the bolts used to hold the windshield in place were too narrow and short fractions of a centimeter. They had been installed the day before the incident, when engineers changed the windshield panel during maintenance.

Although apparently marginal, this difference meant that they could not withstand the difference in air pressure between the cabin and the outside at altitude. This difference is the cause of decompression. The investigation uncovered malpractice at BA’s maintenance facilities in Birmingham, concluding that workers had taken shortcuts to speed up procedures.

The crew of British Airways Flight 5390 became highly decorated as a result of the incident. First Officer Atchison and Flight Attendants Susan Gibbins and Nigel Ogden received the Queen’s Commendation for Valuable Service in the Air for their heroism.

Atchison also received a Polaris Award in 1992 for his efforts under the frightening and difficult conditions he faced. He flew for Jet2 after leaving BA, before retiring in June 2015 on his 65th birthday. Captain Lancaster returned to the skies just five months after the incident and also flew for easyJet before retiring in 2008.

As for the plane, he ended up spending only three more years with BA, leaving in 1993 for the Romanian airline Jaro International. He lived the last eight years of his career here, before retiring in 2001 after thirty years of service. Needless to say, these three decades have never had another flight like the incredible survival story of Flight BA5390.

Did you know this extraordinary story from 1990? Do you know of other similar incidents? Let us know your thoughts in the comments.